The new Image series from McKelvie & Gillen, a sort of bottomless bonus track to their dark-magic rock opera PHONOGRAM, is one of the most promising series to debut in 2014.

This beautifully designed collection of unaltered original Peanuts artwork brings us Charles Schulz’s earliest strips just as he made them — raw, unfiltered, and a little bit mean.

The world-weary horror of Robert Kirkman’s story is brought to life by the atmospheric, choking tension of Paul Azaceta’s moody, worrisome artwork. A promising debut for what looks to be a truly frightening series. 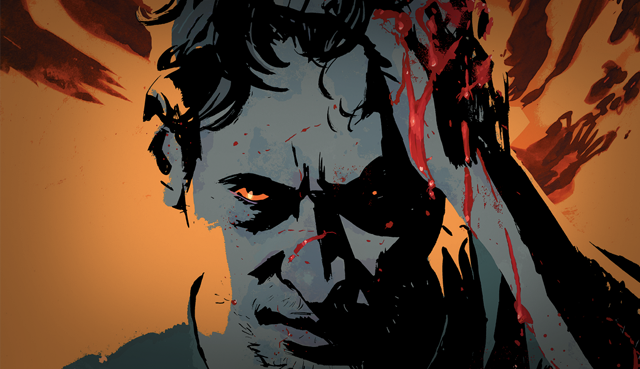 Very lifelike. Keep it far away from butter sauce.

This off-beat, darkly funny, sprawlingly intimate HBO series, based on Tom Perotta’s novel of the same title, follows life in a small town in the years following the Rapture. 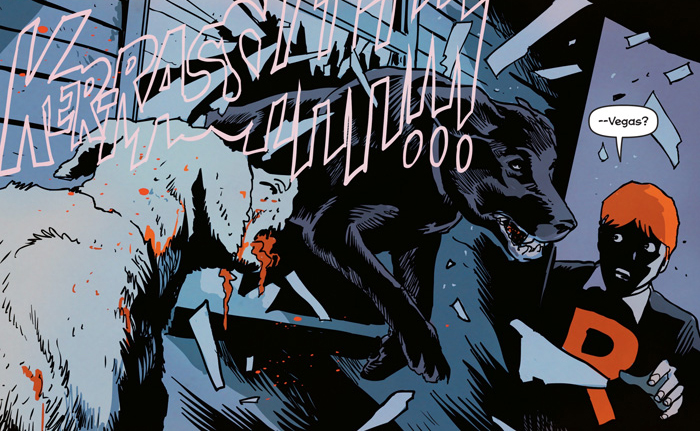 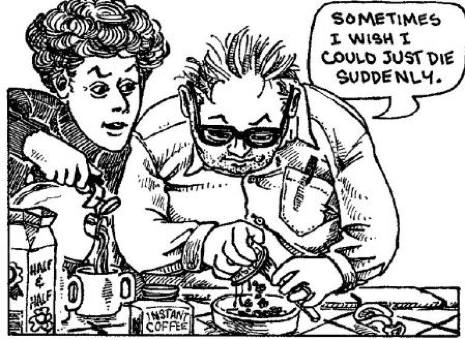 Our favorite how-to-comics guide of all time is the work of a six-year-old. Alexa Kitchen’s prodigal masterpiece has been unavailable from Diamond for some time, but thanks to the good will of her father Denis we have a chunk of these jaw-dropping, hilarious manuals back in stock. Learn, laugh, and marvel at the mastery of a prepubescent kid. 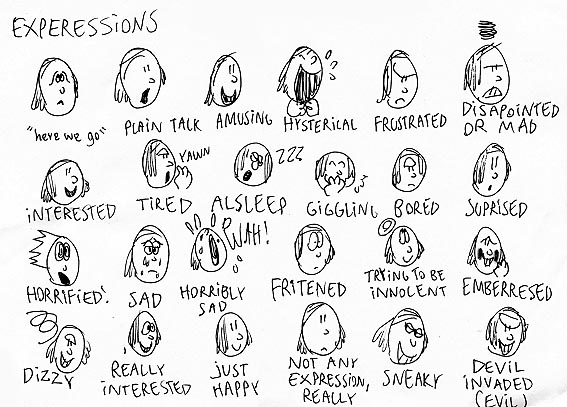 The best — and most heartbreaking — element of Telmo Pieper’s project of recreating his childhood drawings using professional Photoshop techniques, is realizing that there’s something in these unskilled little-kid scrawlings that can never be recaptured with adult sensibilities. 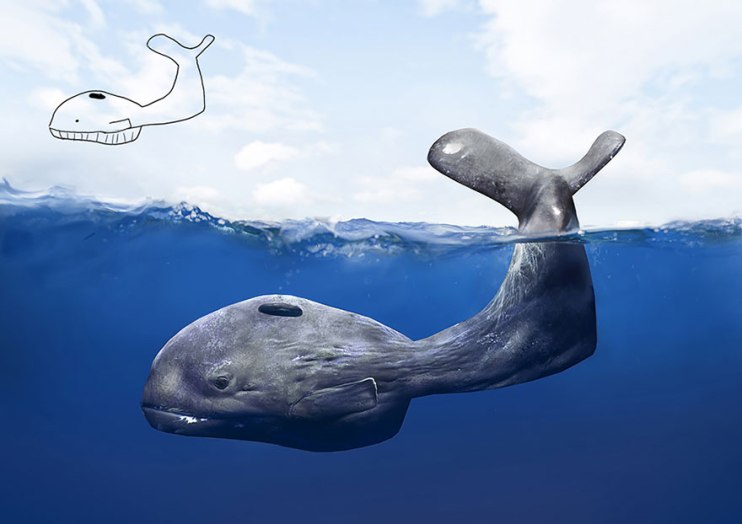 As the creator of GIRLS and ULTRA, Jonathan Luna specializes in stories that sound lurid and exploitative, but are actually thoughtful, engaging explorations of gender, character, and power dynamics. His newest, now collected by Image, is the most sensitive story of a man and his sex-robot you’ll read this year.

29. This Video of a Dog-Faced Man Eating

There are dozens of these videos on Youtube. We have watched them all.

We are now solidly down the path of this new/old look at the Dream King’s past & future. With Gaiman hitting his stride, J.H. Williams III delivers the bravura performance of the year; I’m not sure a comic can look any better than this one.

In a perfect 2-page Howard the Duck story, Ty Templeton managed to tap into that original magic and absurdist introspection that Steve Gerber invented, better than any writer has before (even Templeton himself, last time around).

He never really left us, but this summer he made his presence unavoidable, proving why popular musicians come and go but Al will always be there, and always be wonderfully Weird.

Rick Remender seems to launch a new Image series every hour on the hour. The latest, an aquatic sci-fi with sumptuously appealing linework from Greg Tocchini, taps into a rich vein on the ocean floor.

The weirdest and funniest thing on television is this mind-blowingly inverted prank show, which reflects the focus back on the cameras, and the reality-mutating chaos they wield.

James Stokoe’s AVENGERS 100th ANNIVERSARY SPECIAL was a joy from start to finish, as any fan of his would expect. But the best part of the whole deal may just have been the recap page, which included a futuristic obituary and a wonderfully context-free fake ad for… whatever a Quiblet is.

21. NASA’s Design for a Warp-Drive Spaceship

The endless striated textures that wrap around everything in Malachi Ward’s newest, weirdest work cling tightly then fall away, crumbling page by page. 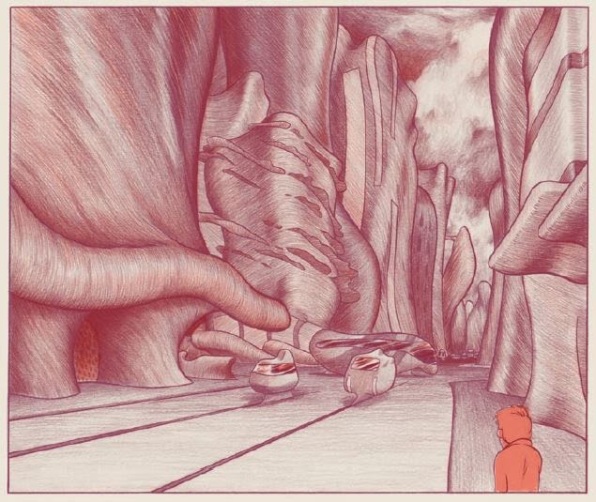 What may be our favorite convention of the year is also the teensiest. Sheli Hay and the gang produce this glorious mini-con for school kids and families — they treat comic-makers with a reverence we frankly don’t deserve, and give us a chance to infuse our obsessions into a new generation of aspiring weirdos.

In subject matter and tone, Jeff Smith gets as far away from RASL as RASL got from BONE. But what remains is Smith’s masterful ease in telling a story in comics, his delightful way of bringing characters to life, and his wide-eyed enthusiasm for the medium. 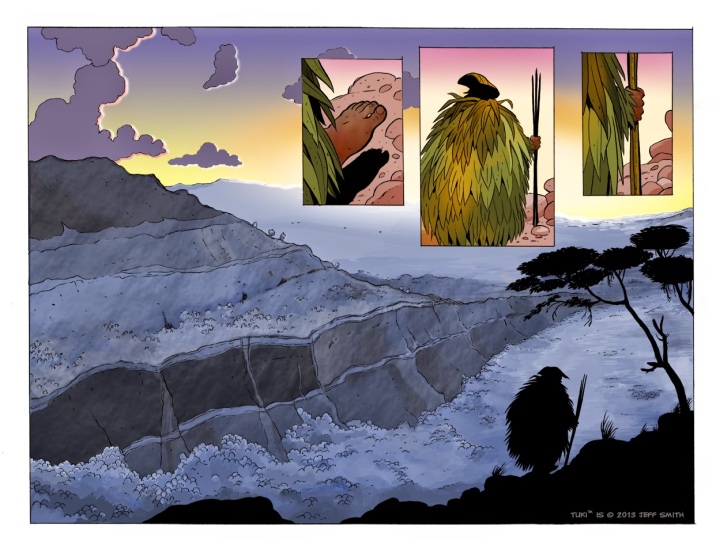 It’s like a ringside seat for a one-man title fight. Watch one of comics’ true mythic figures revolutionize his medium moment by moment, incorporating cinematic techniques, fine art influences, and an utterly fearless willingness to follow the page wherever it leads. 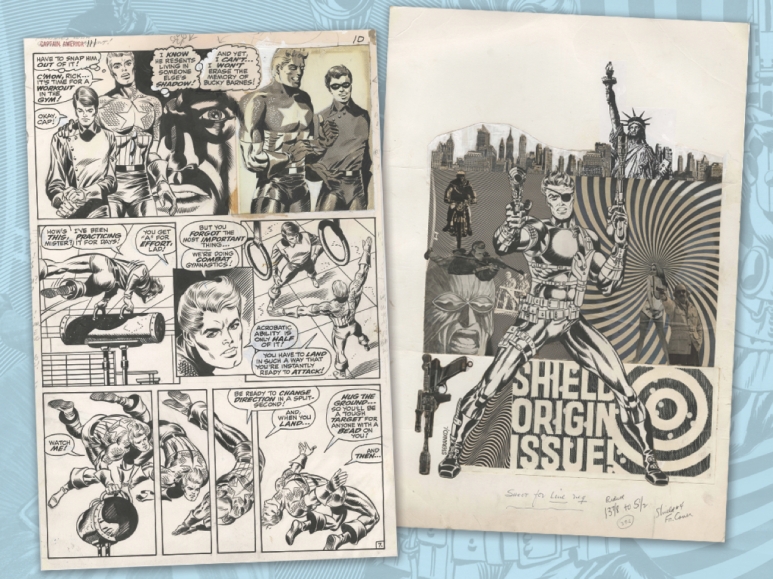 Adam McGovern and Paolo Leandri’s voodoo-pop myth-making sets up shop at the junction where Kirby meets Burns, and immediately starts buying up souls. Adam will be appearing at the shop on Friday if you want to sell him yours.

After decades as the J.D. Salinger of comics, this greatest of all (modern) newspaper cartoonists has begun to dip his toes back into public life. A movie poster, an uncredited guest spot on another artist’s strip, an upcoming Angoulême promo — who knows what might be next? Don’t you wish the answer were LITTLE NEMO: DREAM ANOTHER DREAM?

Bryan Lee O’Malley gets deeper, richer, and more detailed without sacrificing any of the gloriously idiosyncratic zinging humor that made SCOTT PILGRIM a sensation. An energetic, compulsively readable, quietly moving story of a woman’s longing, regret, and need for control, SECONDS is as immersive and engaging a comic as you’ll find on the shelves. 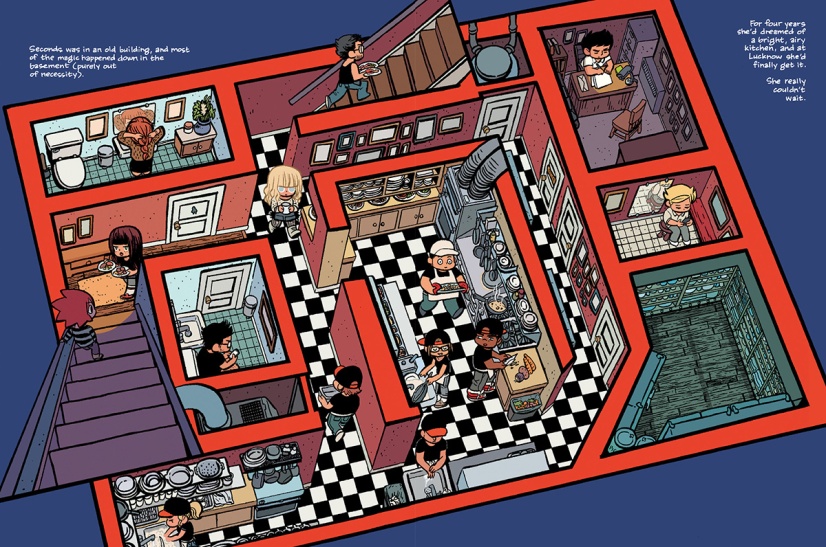 11. SCENES FROM A NIGHT’S DREAM

This was the theme song of our July. We considered including the sheet music in LITTLE NEMO: DREAM ANOTHER DREAM.

Only a few months in, John Oliver has now firmly staked his claim as a unique third voice in news-comedy brilliance, bringing a hilarious sense of humor to more in-depth and earnest coverage than either of his old Comedy Central buddies typically aim for.

Jim Rugg’s modern classic is back and it’s beautiful. This is the kind of comic that’ll grab you by the shorts and drag you back into love with the whole medium.

Dave McKean’s latest is frightening, rapturous, and almost unbearably pleasurable to look at. Reinventing his style panel by panel, he erects worlds of impossible beauty, then bends them till you’re sure they’re going to break. But they don’t, and you do. 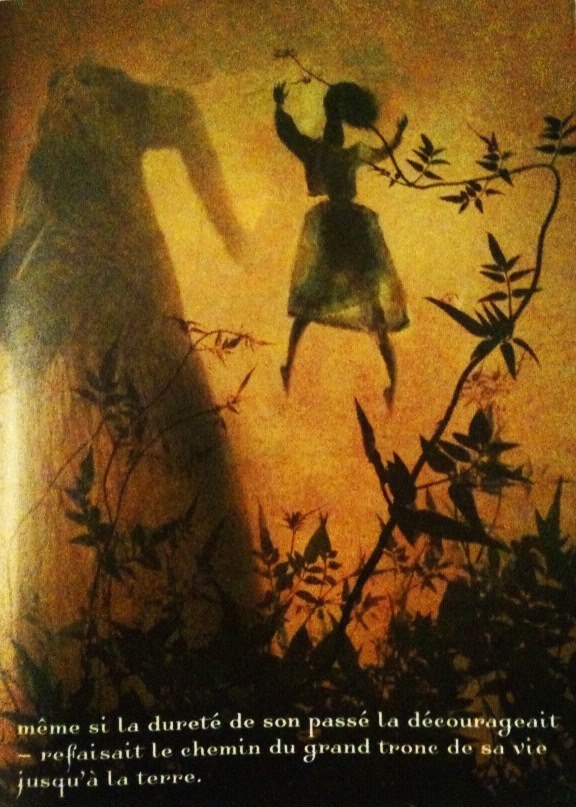 Tom Scioli’s far-out gonzo take on the silliest, most commercial franchise imaginable makes us want to play with our old toys again. In the hands of a visionary cartoonist like Scioli, this goofy material is elevated to the level of myth.

A joyful, yearning love letter to performance, illusion, devotion, and comics. A book with nerves of steel and a tender, poetic heart. Paul Pope says he set out to make the comics equivalent of a Nick Cave song — he made something even scarier, deeper, and more hopelessly romantic. 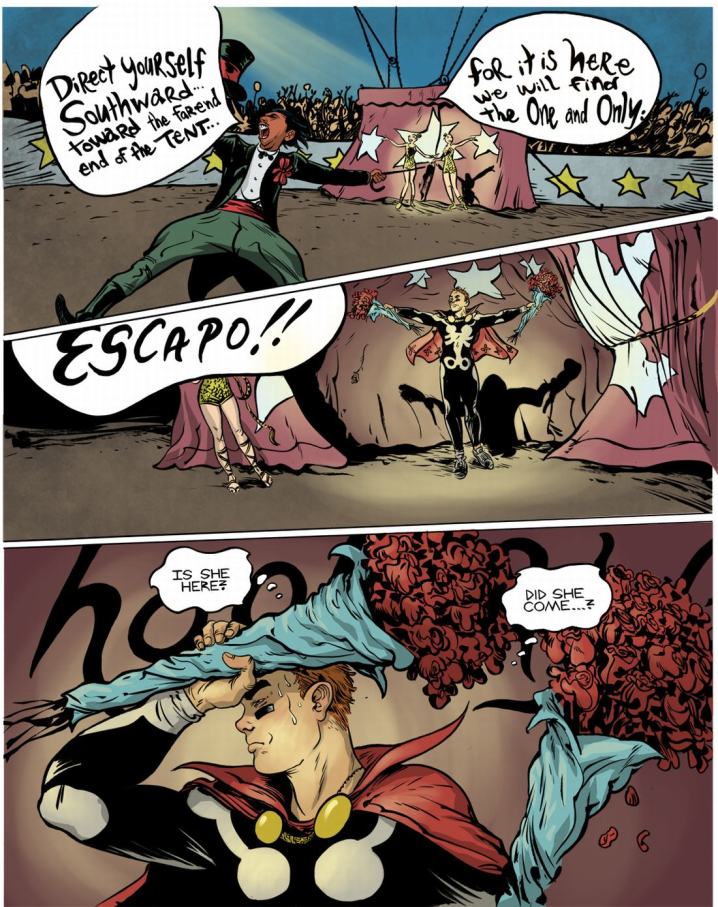 The creators of the last three entries join forces for a night of debauchery. As covered by Bleeding Cool, Paul Pope, Dean Haspiel and Tom Scioli took Locust Moon by storm and left us all naked and shivering. You know you’re rocking some comic book firepower where mere shirtlessness becomes a hot news story.

3. GUARDIANS OF THE GALAXY

In retrospect, it seems almost inevitable that Rocket Raccoon & friends would become a worldwide phenomenon. Thank James Gunn for doing justice to these guys & gals by crafting his second intensely enjoyable, not-quite-superhero movie…

…and thank heroes like Bill Mantlo for bringing these Guardians into the world.

When enough people dream the same dream, they wake up to find that it’s real. A thousand-strong fellowship of hopeless romantics, lovers of comics and beauty and Winsor McCay, joined us in our quest to restore a lost Slumberland. There aren’t words to express how moved we are by the incredible support and passion on display here, by the reverence we all share. All we can think to say, from the bottom of our hearts, is THANK YOU.

To supporters like Erik, whose private commission led to Gerhard’s beautiful book-opener, and Elbert, who learned English and the passion to create comics from McCay, and Sherry, who named her son after Nemo, and every last one of you…let’s keep dreaming forever.