another week brings more of our favorite creators into the fold.

we couldn’t be happier to have nate join in. he’s not only one of the finest cartoonists of his generation, he’s also one of the sweetest guys i know. followers of this blog will remember a sam cooke ogn demo that i wrote (with jason rodriguez) that nate drew. getting to work with him again is a thrill. 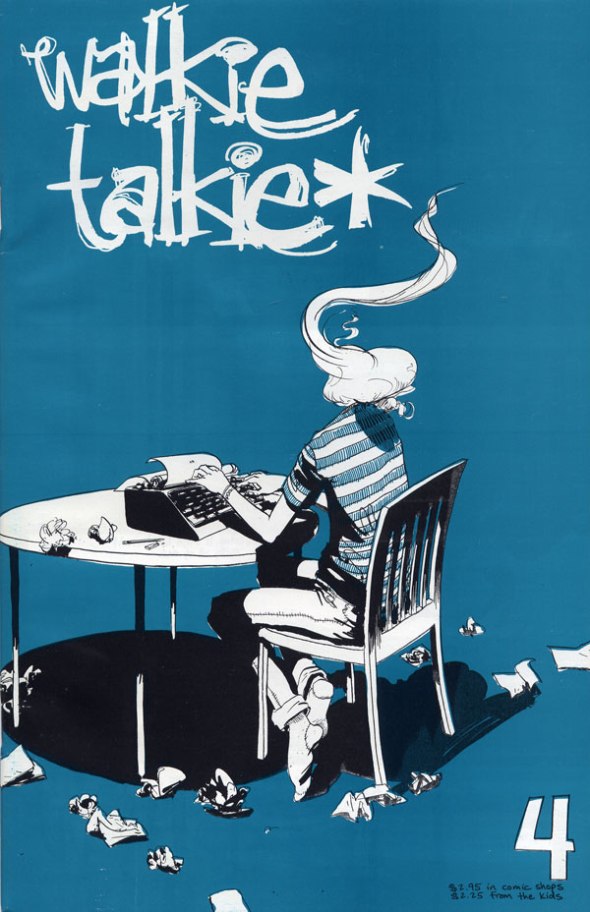 few people bring the kinetic energy and graceful power to the comics page that toby does.  seeing him rip through wonderland is going to be a blast!

END_OF_DOCUMENT_TOKEN_TO_BE_REPLACED

A Sweden turned inside out by science, yet still recognizably, nostalgically human. 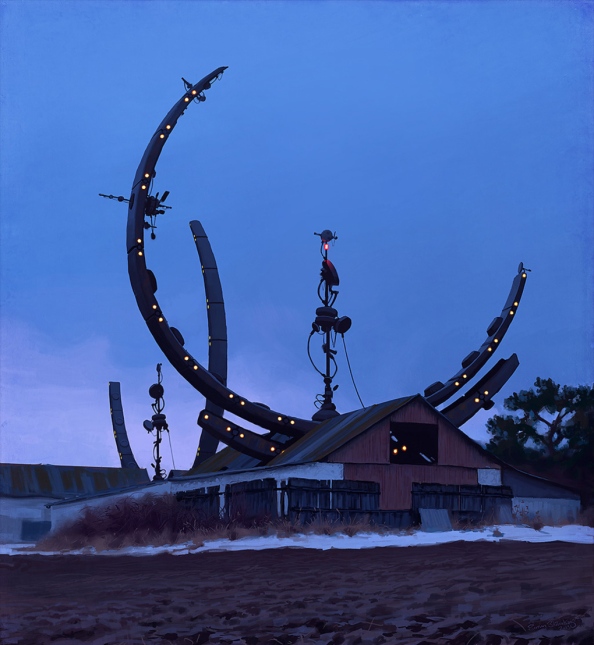 Dinosaurs, dino-sized. Thanks yet again, IDW. 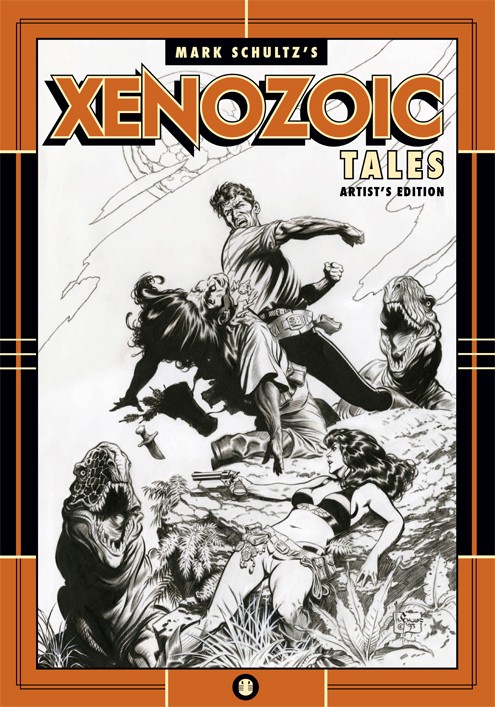 Where we’re going, we don’t need roads! Because LEGO cars are not street legal. 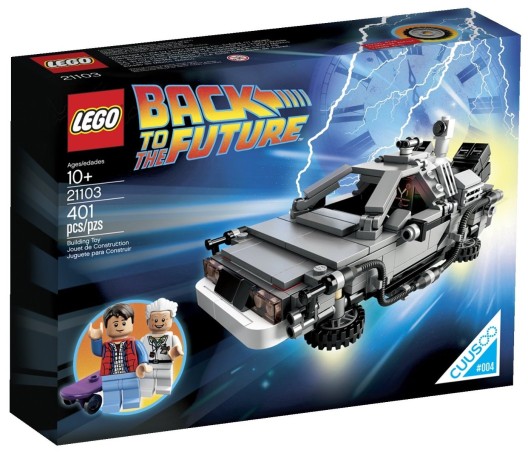 “Eat the poor, disabled and hopeless. It’s the only way we can insure our future.”
I think he’s really onto something.

Grant Morrison’s mind-bending genre-smasher is finally as heavy as it ought to be. 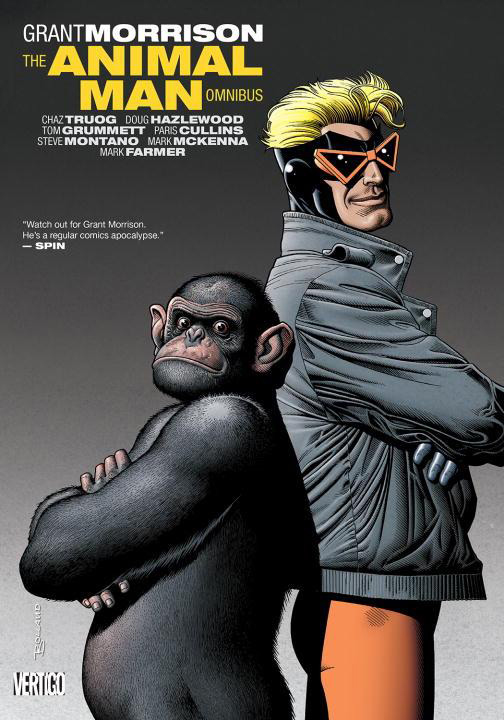 Because one real-life giant robot was not enough for Japan. Thank god.

Hey HollabackPHILLY, let’s get on this:

END_OF_DOCUMENT_TOKEN_TO_BE_REPLACED

about 5 years ago i was working on a project about the great soul singer, sam cooke. my pal&occasional editor jason rodriguez had a passion to tell sam’s story, and i wanted to surprise him by getting the ball rolling. i saw some caricatures that rob guillory had done and hit him up to do some of sam.  jason was excited, and we came up with the plan to get things going. i’d script things and we’d all hammer out the story together. rob had a different way of handling things in mind, and eventually we parted ways on the project. he wound up on a little book called CHEW, where his comedic talents and storytelling flair have been delighting audiences for the last 4 years or so. here’s a look at his take on sam.

by this point i had been talking on the phone with peter guralnick, the writer and music historian who wrote the definitive book on sam’s life, DREAM BOOGIE, and i was deep into telling this story. i asked nate powell, for my money one of the best cartoonists alive, if he was into it. nate was, and he set off to work on the opening scene. 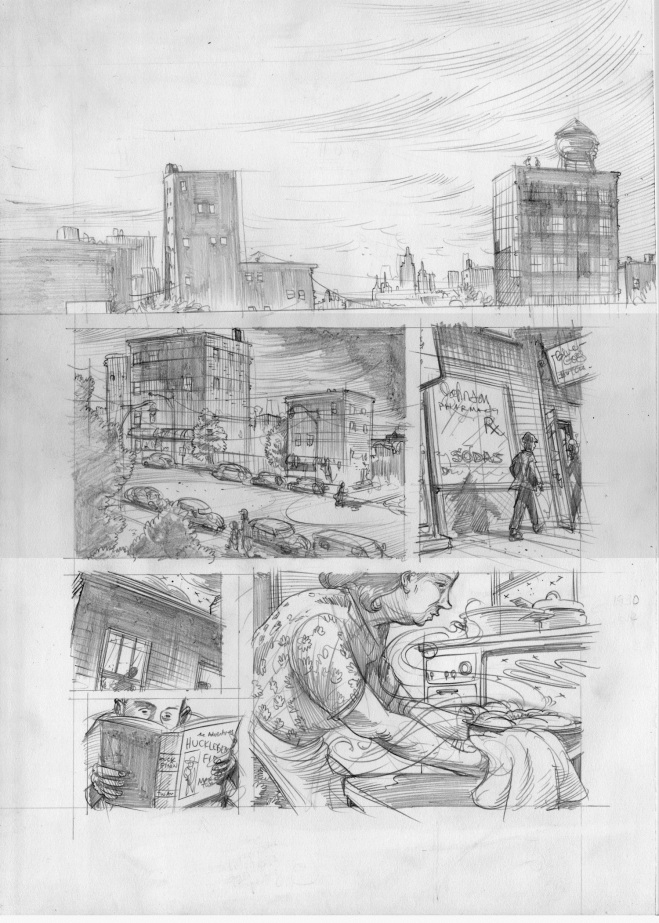 nate’s pencils set the tone and perfectly captured what we were going for. jason and i holed up in a crappy hotel in south jersey one weekend and laid out the structure of the book, including a perfectly realized ending. nate kept drawing, and i was set to finish up the script. then a guy i loved killed himself and i was lost for awhile, and the last thing i could do was write anything, and nate had other books to draw, and sam went on the shelf. here’s what nate did for the opening scene…