This is the space where we usually spotlight 40 amazing things from the last month — adorable cat videos, cheesy songs we can’t stop listening to, and COMICS COMICS COMICS. For the month of June, we’ve decided to do something a little bit different.

If you’ve been anywhere in our general vicinity or exist within nine degrees of separation from us on Twitter, you are probably by now aware of the epic Kickstarter campaign we’ve launched for our insane, Quixotic, 16″ x 21″ hardcover Winsor McCay tribute LITTLE NEMO: DREAM ANOTHER DREAM. This is one star-studded anthology — maybe the most star-studded comics anthology of all time — and there’s been a lot of press and attention on the big names who’ve come together to pay tribute to our favorite Sunday strip: the Paul Popes, John Cassadays, Michael Allreds, J.H. Williamses (and Yuko Shimizus and Bill Sienkiewiczes and Dean Haspiels and yada genius yada).

So we wanted to use this space to draw attention to 40 artists in DREAM ANOTHER DREAM whose names you may not know yet — cartoonists and illustrators whose work is stunning, beautiful, restlessly inventive, original and bold, but who haven’t yet achieved the name recognition of the people mentioned above. One of the things we love most about LITTLE NEMO: DREAM ANOTHER DREAM is that it combines the biggest artists of its day with the biggest artists of tomorrow. Here, in no particular order, are forty folks you should be hearing a lot about in the next few years. 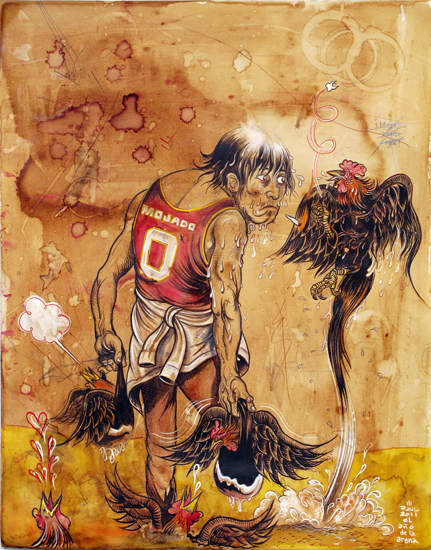 39. BODIE CHEWNING is, quite simply, one of the most talented people out there. If only we could get him to draw more than six pages a year…

37. DAVE CHISHOLM slings a pen and a trumpet the exact same way — like he invented the thing, and he’s gonna show you what it can do. 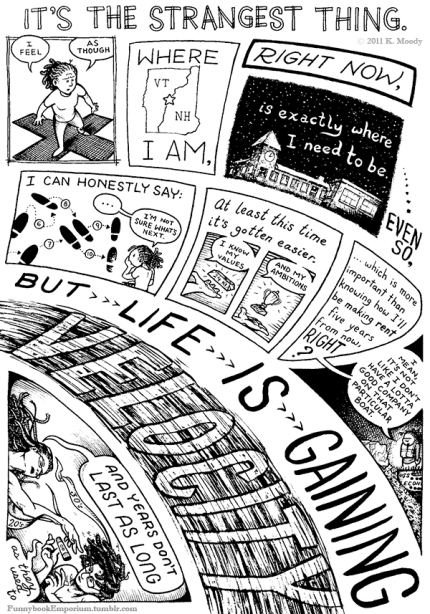 34. GRIM WILKINS is the wizard at the center of a storm of ink and paint.

33. MAËLLE DOLIVEAUX creates papercraft GIFs, hilarious short films, and sexy, sexy calendars. There is no one doing the kind of work she does.

32. ALEXANDRA BEGUEZ divides elegance and whimsy right down the middle with an effortless Jaime Hernandez brushstroke. 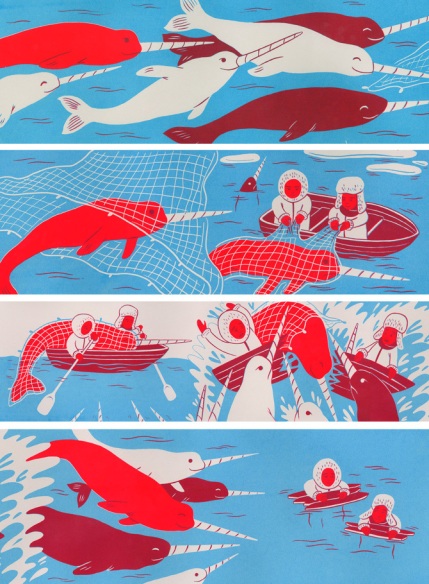 31. DAVID ZISSOU hails from the school of Pope with a brand of experimentation that’s his and his alone. 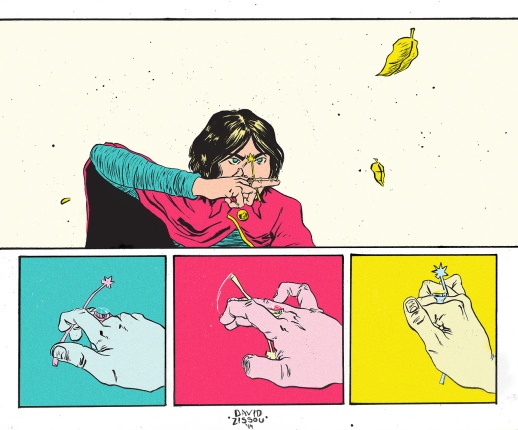 30. The riveting Chinese cartoonist and illustrator LISK FENG is finally making a name for herself in the States. 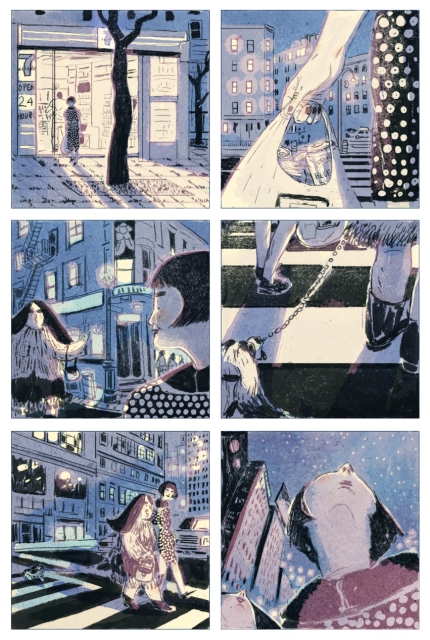 29. MATT HUYNH is celebrated for his gorgeous, calligraphic illustrations — but in his heart he’s an astonishing cartoonist with a style all his own.

27. At last year’s Locust Moon Comics Festival, a guy came up to us with a penciled Nemo page he was really hoping we’d like enough to include in the book. It was a unanimous yes, and that guy was RAWN GANDY, whose slightly disturbing, Akira-inflected strip is a favorite among the creators in the Dream Another Dream.

26. No one understands the voice of early newspaper cartoonists like COLE CLOSSER, creator of Little Tommy Lost.

25. Never turn away from the drawings of JEREMY BAUM — when no one’s looking they start to move. 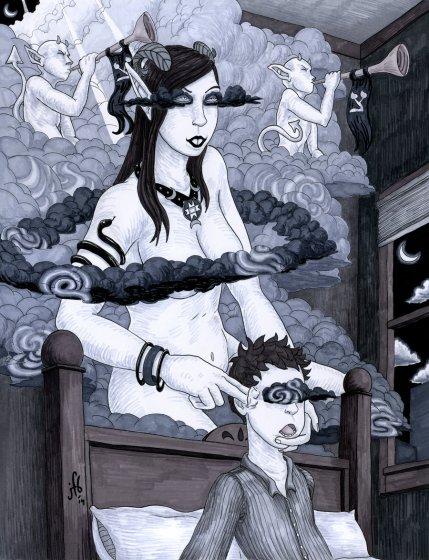 22. The colors on JEN TONG‘s silkscreen prints must be seen to be believed. 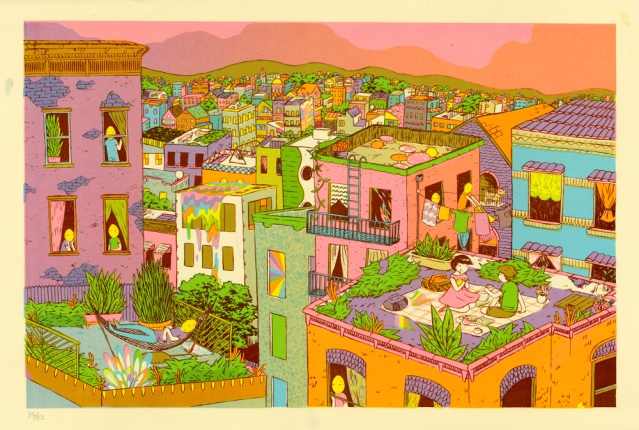 21. SAM HEIMER catches ghosts in the Philadelphia night, and binds them with ink on paper. 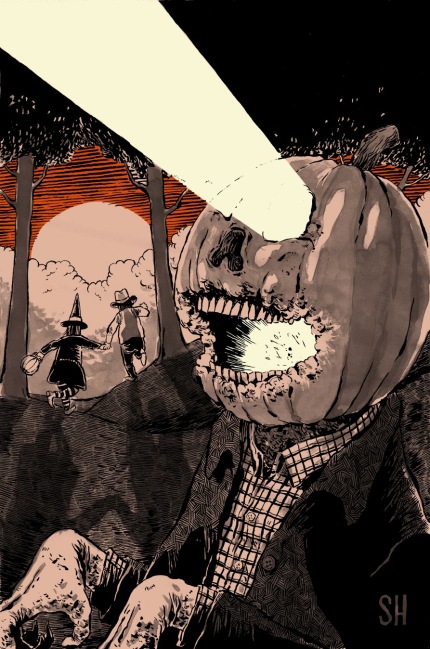 20. JAMES COMEY is Locust Moon’s cleanup hitter. An unbelievably versatile artist with an original, fractured perspective. And the best brother-in-arms you could ask for.

19. ADRIANO MORAES reveals an adventurous spirit and depth of thought in every panel.

18. This Moebius tribute says all that needs to be said about the imagistic mastery of JORGE COELHO. 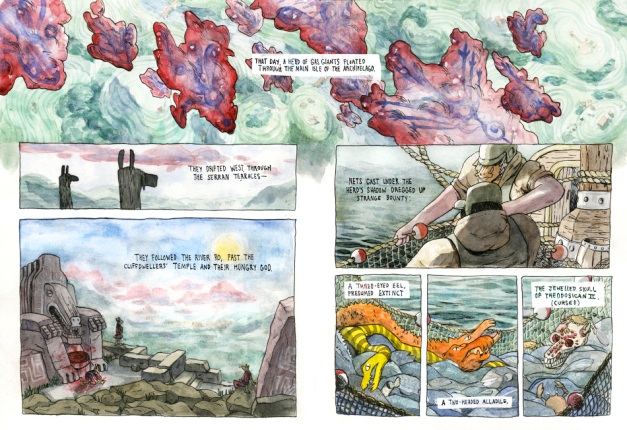 18. DANIEL ELISII creates comics in a language all his own — a guttural, poetic, slapstick voice of clicks and whistles.

15. Mark our words: in a year everyone in comics is going to be talking about JAMES HARVEY.

14. MIKE SGIER makes awesome, woodcut-style prints of pop culture figures. He makes heart-felt, folksy fantasy comics. He draws personalized Thanksgiving menus. He can sling the black around. What else do you need? 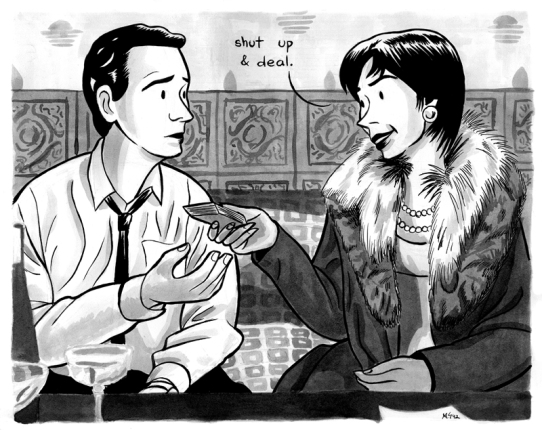 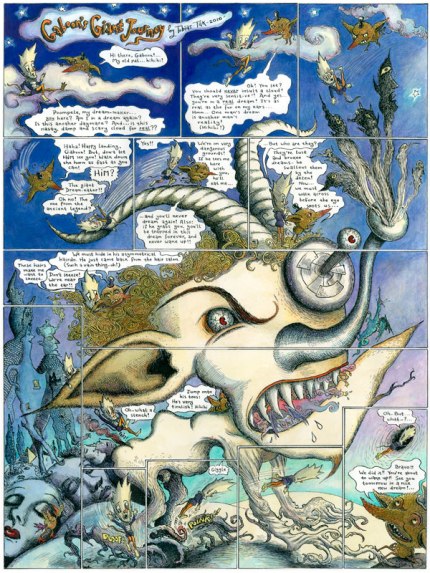 12. With an obsessive yet anything-goes approach to the comics page, DAVE PROCH is one of the most unique comics stylists out there. 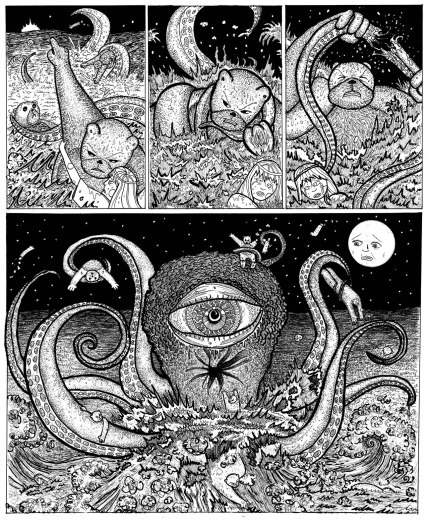 11. JEREL DYE constructs wonderously impossible machines and effortlessly unique creatures from the depths of his mind. Sometimes they’re not so scary. Sometimes. 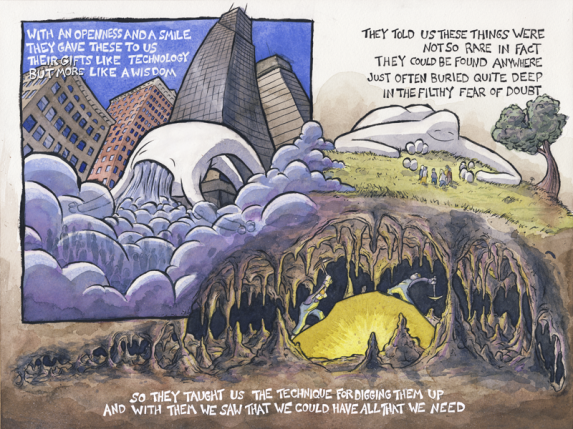 10. J.M. DRAGUNAS‘s Olde English feel makes us yearn to hang out with him in a pub while he breaks out his new comic panel by panel on cocktail napkins.

8. NIK POLIWKO‘s style oozes with old-school adventure in the most fun possible way.

7. With a sharp sense of humor and a vast range, ANDREA TSURUMI deftly blends the relatable and the absurd, blurring dreamlike imagery with tangible reality.

6. JONATHAN WAYSHAK came to us by way of Sam Kieth. It’s no surprise they share some of the same raw power and dark visceral imagery. 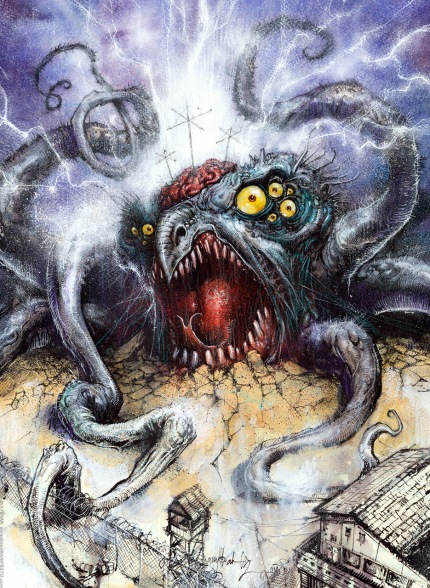 5. MARCUS MULLER can turn on a dime — the crispest cartoonist in Chi-town.

4. SENK CHHOUR wields a pencil like no one we’ve ever seen. Child-like verve meets grown-up malice. 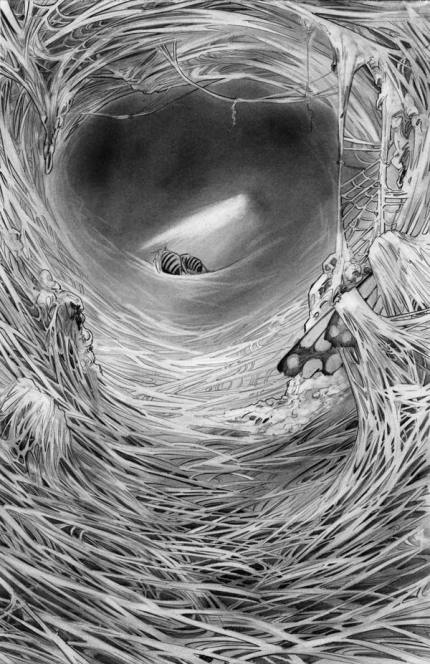 3. STEPHEN HALKER, one of the original Meathaus gang, works mostly in advertising and illustration. People will be sad to hear that after they read his gorgeous two page strip.

2. MIKE LEE builds tiny graphite universes we all might end up living in.

1. One of the best things about building this book was the mutual exchange between the creators and us, suggesting this person or that one for inclusion. Without Fábio Moon, we might not have found GUSTAVO DUARTE, whose whimsical style and classical line recalls the great cartoonists & animators.

And now you know.