So… it’s a bit of a heady time here in the land of the Locusts.

Andrew went to San Diego, and came back with these things: 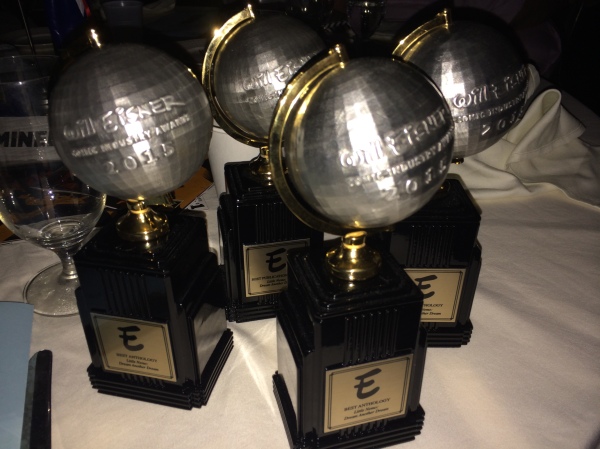 Those globes are actually spinnable, and the base is made of solid wood. But beyond even their fine craftsmanship, these objects also have symbolic value. They are Eisner awards, assigned by a jury of our peers, recognizing the transcendent beauty and Herculean it-takes-a-village communal effort that is LITTLE NEMO: DREAM ANOTHER DREAM.

Our collective labor of love was recognized as BEST ANTHOLOGY, and Jim Rugg’s gorgeous work on the package was singled out for BEST PRODUCTION DESIGN.

We’re humbled. So much dedication and care went into the crafting of the 118 beautiful pieces contained in this collection. And we couldn’t be prouder to be behind one of the projects spearheading this surprising and splendid Winsor McCay revival – between our anthology, IDW’s RETURN TO SLUMBERLAND mini-series, Taschen’s complete Little Nemo reprint, and Katherine Roeder’s academic work WIDE AWAKE IN SLUMBERLAND, our man was the recipient of, count ’em, eight Eisner nominations and four Eisner awards. These are some pretty voluminous coat-tails, and we’re riding ’em in good company, hanging on for dear life.

Then we turn around the next week and find that LITTLE NEMO: DREAM ANOTHER DREAM has been nominated for two Harvey Awards, (BEST ANTHOLOGY and SPECIAL AWARD FOR EXCELLENCE IN PRESENTATION; voting open till 8/31), and Locust Moon Press was nominated for a Philadelphia Geek Award for COMIC CREATOR OF THE YEAR. The accolades for this beautiful book are coming faster than we can tweet about them. It’s a remarkable thing, to see the spectacular work and incredible passion of so many visionary cartoonists recognized by their industry and their colleagues.

BUT – lest you think we’re resting for even a moment on our laurels – we thought we might take this opportunity to give you a glimpse of what we’re working on.

Friends, this is the calm before the storm. All spring and summer long, we have been planting seeds.

Here’s what’s coming from Locust Moon in the next three months. Gird yourselves, comic lovers. 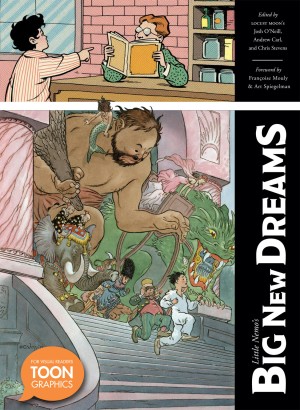 Gorgeously designed by Francoise herself, edited by myself, Chris, and Andrew, and featuring an introduction in comic strip form by none other than Art Spiegelman (!!!!), this beautiful new book is our attempt to create some version of our dream-tome fit for libraries, schools, backpacks, picnics, and budgets without room for triple-digit literary line items.

Due for release on September 1st, this edition is a sparkling treasure smuggled out of Slumberland while everyone was distracted by the cacophonous pomp of the LITTLE NEMO: DREAM ANOTHER DREAM parade.

Some great early reviews of LITTLE NEMO’S BIG NEW DREAMS are already in from ICv2 and Kirkus. 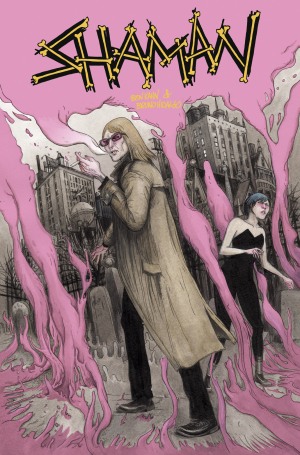 This is a project that’s been bubbling away on Locust Moon’s most favored back burner for a couple years now, and it’s finally come to a boil. Ben Kahn and Bruno Hidalgo’s gleeful dismemberment of superhero tropes marks the long-form debut of two top-flight storytellers and one bitingly brilliant comics-making team. Ben and Bruno’s sharp, nimble, contagiously funny creative vision is about to be loosed on the world in the shape of a charming supernatural saga that’s sure to leave readers enraptured and hungry for more. In the never-ending battle between good and evil, the door between life and death swings both ways – and Shaman’s the asshole with the key.

SHAMAN: Volume One, featuring special appearances by the likes of Farel Dalrymple, Jim Rugg, and J.G. Jones, will be in comic shops everywhere October 15.

Make sure your store gets it! Diamond order code JUL151468.

Yes, this is a whole issue of Quarter Moon about cats. Mostly this cat… 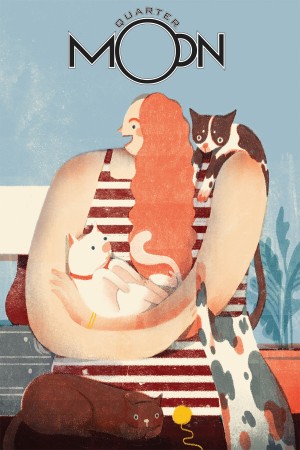 …but a lot of other cats too.

Our little quarterly-esque comics anthology is growing up, pouncing into the future with its wildest, prettiest and most ambitious iteration thus far. Featuring a cover by Lisk Feng and artwork and stories from a lineup of ringers including Paul Pope, Farel Dalrymple, Dean Haspiel, David Mack, Bill Sienkiewicz, Ronald Wimberly, and many more, this celebration of our furry friends prowls and purrs like the fine feline she is.

The sixth volume of QUARTER MOON will hit shelves by November. Our hope is that the slow boat from China gets it here in time to debut this creature at Comic Arts Brooklyn.

We’ve been keeping this one a semi-secret outside of some slightly obnoxious vaguebooking, but goddamn. We’re just too excited to hold back any longer.

We’re teaming up with the Philadelphia Museum of Art (you know, from Rocky?) to produce a comic book companion to their upcoming WRATH OF THE GODS exhibition – a show featuring representations of Prometheus throughout history, including works by Rubens, Michelangelo, and Titian.

How do you answer the call to arms that comes in the form of a collaboration with one of the greatest American art museums, in a show featuring a number of old masters?

You recruit a lineup of the greatest cartoonists in the world. Our PROMETHEUS ETERNAL comic will feature illustrations and stories adapting the Prometheus myth by creators including

We’re bringing the visions of these incredible storytellers into a context in which it deserves to be seen: among other great works of art history. If our crazy plan works, this book will be the first of many, and this partnership between Locust Moon and the P.M.A. will mark the beginning of a beautiful friendship.

A little taste, courtesy of McKean…

In which we add notable passengers to the Slumberland Express.

Paolo is one of our very favorite mainstream creators, and we can’t wait to see him bring his uniquely expressive and iconic style to the Land of Wonderful Dreams. 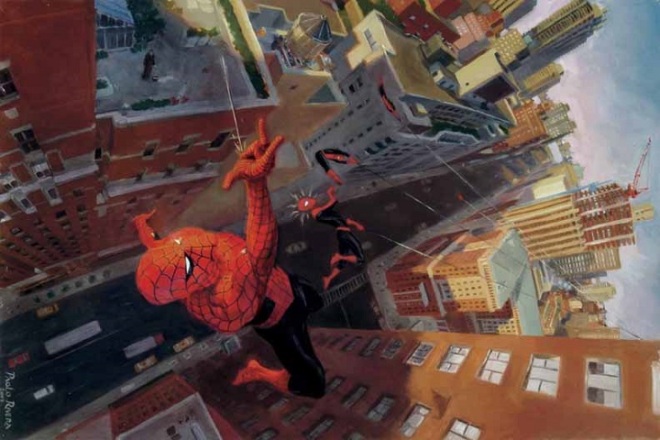 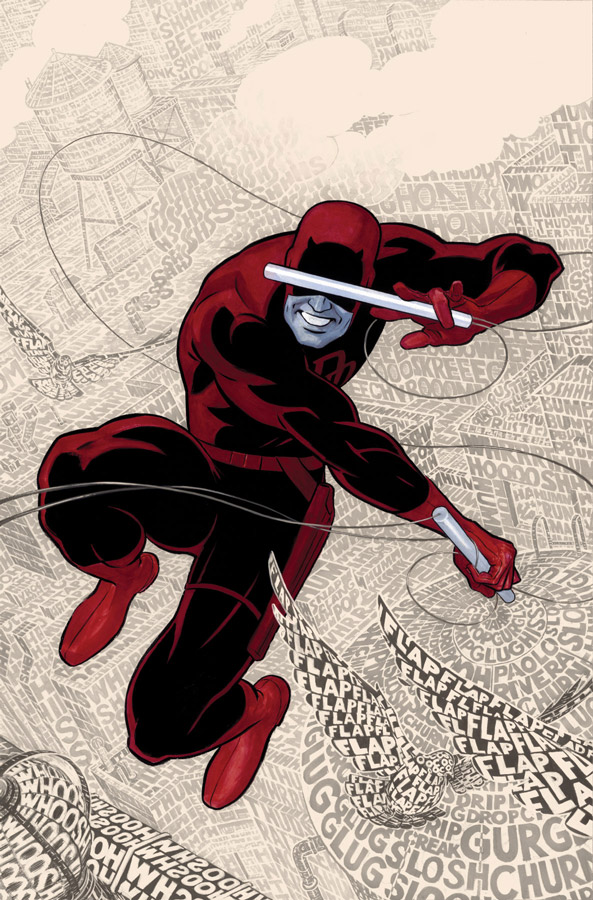 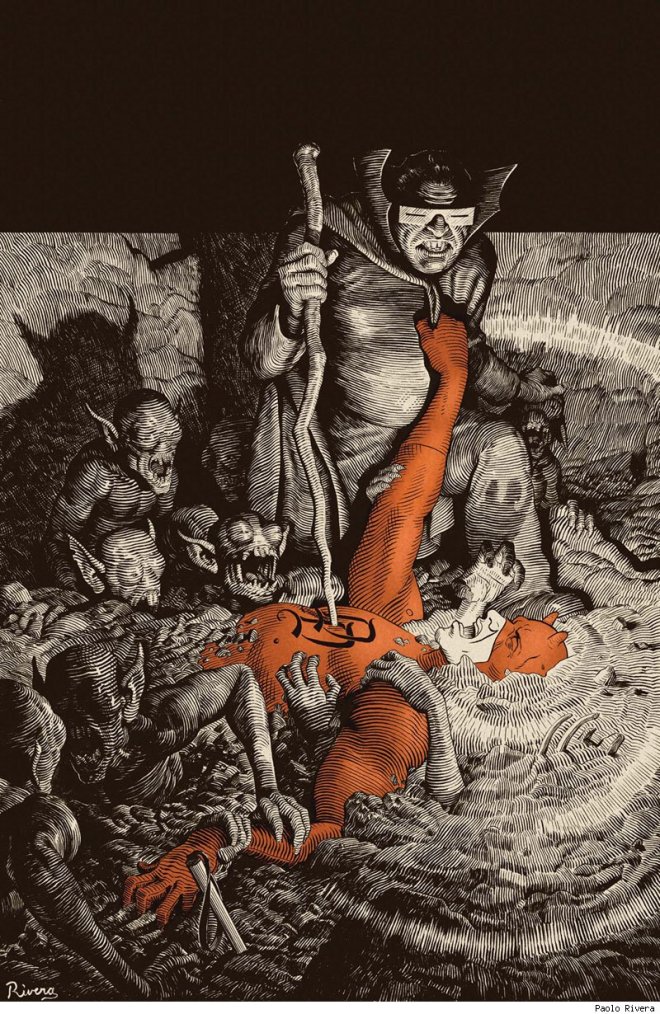 The gorgeously inventive comics of Chinese transplant Lisk Feng have yet to be published on American shores — we’re thrilled to host her stateside debut in Slumberland.

No tabloid-sized epic would be complete without the off-beat mastermind behind PTERODACTYL HUNTERS, IRON BOUND and NEW SLUDGE CITY. 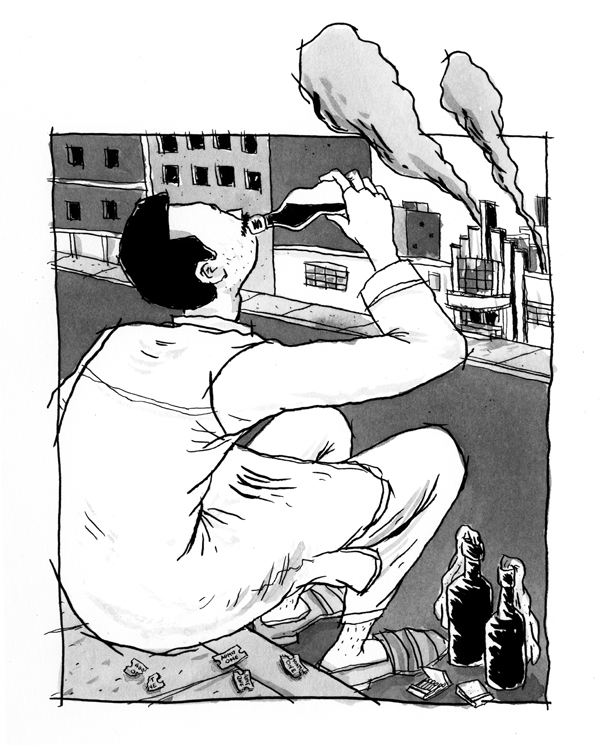 We’re keeping this list of Nemo names updated with most of the contributors we have publicly announced – so check it out if you’re wondering who else has signed up! And our first revealed pages from the book can be found here.